So I'm kinda freaking out here. In such a good way.

My Paper Cowgirl class is sold out already. I am so grateful and excited and wow... just lucky. So lucky that this journey keeps going.

Hi y'all,
(I'm trying out my Texan today for this special occasion.)

I'll be teaching on Saturday, June 11th. I hope you'll be able to come to this special retreat. Details here --> LINK

I'm teaching a new journaling class called Journaling Jump Start. We'll be making an 8 by 10 art journaling page... and having tons of fun at the same time! 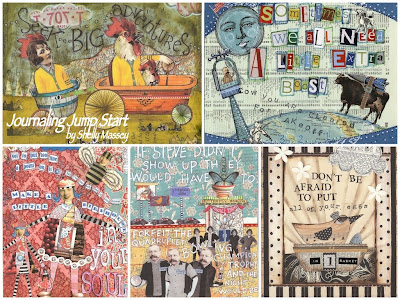 And if my class isn't your cup of tea, there are several other tempting classes. I'm planning to take at least one myself! :) Hope to see you there!

OWOH blog hopping was a crazy ride, but a really fun one! There are so many talented people out there in the world that I probably never would have run into.

And now for the big announcement!

I originally said I was giving away three prize packs, but I'm expanding it a bit.

My first commenter Lotus at http://whymsicallotus.blogspot.com/ will be getting a present just for being FIRST! I've got your address Lotus, so no need to resend. :)

Three randomly picked winners to receive the prize packs next... 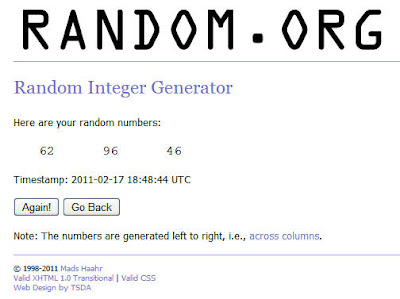 Thanks so much to all who visited my blog during OWOH!

Studio Before and After

I've been working in the evenings to find some kind of order in the space now known as Shelly's Studio. I used to have about three art spaces (some of which even had windows {sigh}), but now it's all shoved into one area in the basement. It has taken a while to recover from all that shoving and sadness over losing my real windows.

I'm pretty sure I'm the only one who can see any difference between the "before" and the "after", but I'm still happy with the progress.

The "Before" (AKA total and completely unusable chaos) 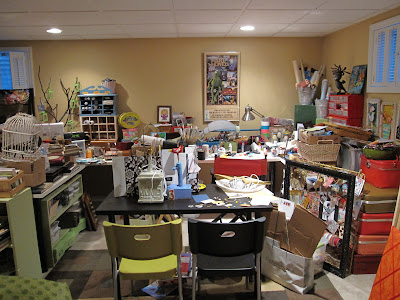 The "After" (somewhat less chaos and fairly usable) 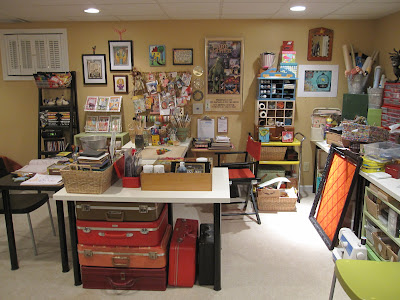 Harper even has a space to work (the dark table on the left), and eventually there's even space (further to the left) that already has some work tables where I might (if I can find people who are interested around here) even teach small classes someday. There's a little kitchen (ok, only a bar, sink and little fridge, but still cute for refreshments) and a nice bathroom over there too. We'll see... :)
Posted by Shelly at 3:00 PM 13 comments:

I am so thrilled to announce that I'll be teaching at Paper Cowgirl in June this year! The event is in Waxahachie, TX just outside of Dallas and is put on by the fabulous Cindy Mayfield. Cindy and her friend Tina Wright started the event, but sadly Tina passed away in early 2010 after a battle with cancer. Tina's family and friends encouraged Cindy to continue with retreat, so Cindy is carrying the creative torch.

I'm teaching a new class called Journaling Jump Start. Class details will be posted on the Paper Cowgirl site soon, but there are awesome collages of all of the classes.

I've been trying to pull together some 3-hour classes for a while now so that I could propose for CREATE Mixed Media Art Retreat in Chicago. (I have to send at least two 6-hour classes and two 3-hour classes.)

This weekend I worked up an idea that's been bubbling on a back burner for a while... I call it my Don't Be Blue Bouquet workshop. Just one little hang up though... the online application for the retreat disappeared! So, we'll see if I get to propose all my classes after all. I hope so!!! 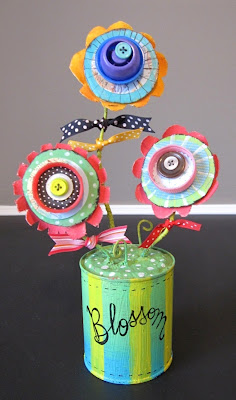 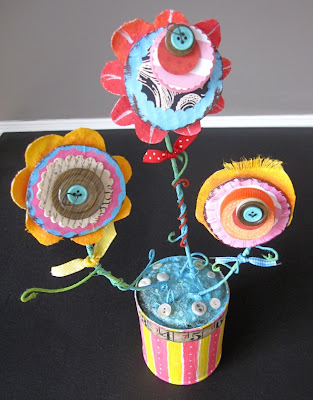 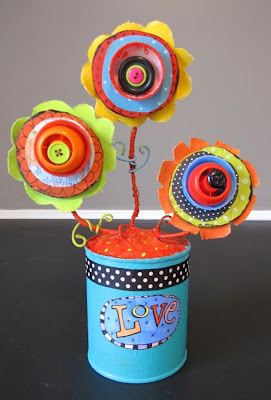 And, I came up with another 3-hour workshop to teach about lettering -- Love Your Letters There are more images that go along with this one, but you get the idea (I hope). :) 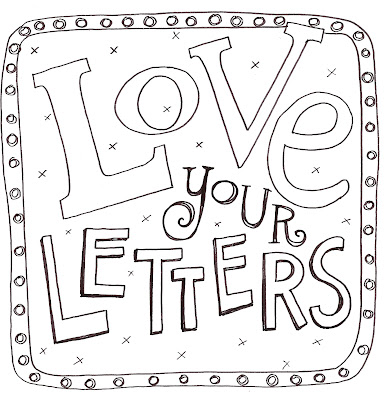 Have a great week!

Ok, ok... so you might be getting tired of the me, me, me stuff going on around here.

I was just featured on the Art Is blog in the Artist Spotlight. If you can stand to read just a little bit more about me, here's the link to my interview. LINK

Be sure to click on the Art Is blog heading so you can read about all of the other artists in their spotlights! I find reading the spotlights so fascinating and somehow reassuring. Or, I'm just an artist stalker. You decide.
Posted by Shelly at 6:20 AM 3 comments: